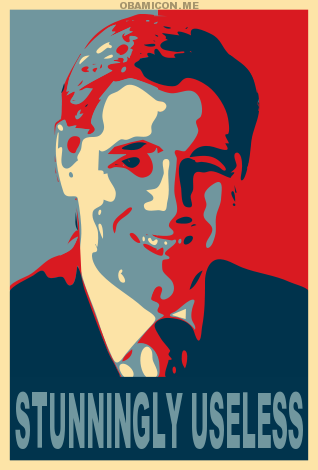 As the Washington Post editorializes, the National Broadband Plan, issued forth last week by the FCC, has set its sights on…well, on doing what was already going to happen without their help:

BY THE Federal Communications Commission’s own account, broadband use in the United States has exploded over the past decade: “Fueled primarily by private sector investment and innovation, the American broadband ecosystem has evolved rapidly. The number of Americans who have broadband at home has grown from eight million in 2000 to nearly 200 million last year.”

So it is curious that the FCC’s newly released National Broadband Plan faults the market for failing to “bring the power and promise of broadband to us all” — in reality, some 7 million households unable to get broadband because it is not offered in their areas. Such an assessment — and the call for government intervention to subsidize service for rural or poor communities — is premature, at best.

Having just finished writing a term paper on this for my Masters program, I can speak somewhat lucidly about how stunningly useless the FCC’s interference actually is: with absolutely no intervention from the government, the FCC estimated that 90% of households would have broadband access by 2013.  FiOS is growing, Google is getting in on the Fiber to the Home game, LTE is slated to bring mobile download speeds of up to 50Mbps to increasing areas in the near future…

So obviously, the private networks which are on pace to grow broadband access from 65% to 90% in the next three years must receive government grants.  The government must step in do something.

Here’s the thing: by the FCC’s own analysys, it would take $350 billion to provide truly universal broadband access.  That’s about a bajillion times larger than the $7.2 billion Congress gave the FCC to get the project done, which means there’s about 0.0% chance the plan will involve building infrastructure, which means that the money that is going to be taxed and spent is going to be on subsidies for satellite “broadband,” which means there’s absolutely no incentive to expand mobile or fiber internet in those areas through existing or emerging technologies.

Is there a better way to stifle innovation than by government intrusion?  And for what, bragging rights?

Leave a Reply to Once More Unto the Breach: Ten Weeks Until The Master’s Degree « Colorado Libertarian Cancel reply