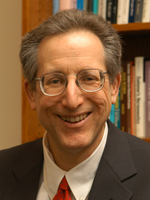 This is one of my life’s most important accomplishments.

And really, I considered that matter resolved.  Jack M. Balkin made a hilariously uninformed comment about the Constitution and I laughed at him online.  Water under the proverbial bridge.

So color me surprised that Jack M. Balkin, J.D., Ph. D is back in the news making a mockery of Yale Law School once again.

This go around, Jack M. Balkin, J.D., Ph. D has prostituted himself for the cause of President Obama’s debt ceiling powers, saying (originally in the New York Times, but then in this poorly-researched tripe):

The words of the provision are in important ways quite vague. “Nobody would argue,” said Sanford Levinson, a law professor at the University of Texas, “that Section 4 is clear in its meaning, other than at the time everyone thought that the South, if they ever got back in control, would not pay Civil War debt.”

But Jack M. Balkin, a law professor at Yale, said it was possible to infer a broader principle.

“You’re not supposed to hold the validity of the public debt hostage to achieve political ends,” Mr. Balkin said. He added, though, that “Section 4 is a fail-safe that only comes into operation when everything else is exhausted.”

Jack M. Balkin, J.D., Ph. D, who wants you to take him seriously, really, thinks that this somehow overrides earlier parts of the Constitution.

All Bills for raising Revenue shall originate in the House of Representatives; but the Senate may propose or concur with Amendments as on other Bills.

The Congress shall have Power…To borrow Money on the credit of the United States;

No Money shall be drawn from the Treasury, but in Consequence of Appropriations made by Law; and a regular Statement and Account of the Receipts and Expenditures of all public Money shall be published from time to time.

(Because Googling is hard. I give Jack M. Balkin, J.D., Ph. D the actual text of the Constitution.) 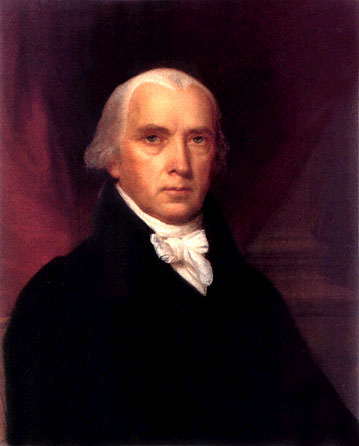 He's coming to get you, Barbara.

…if we don’t get the General Welfare clause under control. He will rise from the dead.  And he will eat our brains.

That’s my theory after reading this, which argues for the constitutionality of health care reform on several stunningly wrong platforms: that our only hope is for Zombie James Madison to kill us all for being just so mindbogglingly dumb.  Among those platforms…

The individual mandate is a tax. Does it serve the general welfare? The constitutional test is whether Congress could reasonably conclude that its taxing and spending programs promote the general welfare of the country. This test is easily satisfied.

Well, that was simple.  General welfare means anything at all we want it to!  What’s that, James Madison?

It has been urged and echoed, that the power “to lay and collect taxes, duties, imposts, and excises, to pay the debts, and provide for the common defense and general welfare of the United States,” amounts to an unlimited commission to exercise every power which may be alleged to be necessary for the common defense or general welfare. No stronger proof could be given of the distress under which these writers labor for objections, than their stooping to such a misconstruction.

He goes on to say, “if we didn’t say anything else Article 1, Section 8, you might have a flimsy case to decide that General Welfare means you can do whatever you want.  But we did.”  And then he lays the real smack down…

But what color can the objection have, when a specification of the objects alluded to by these general terms immediately follows, and is not even separated by a longer pause than a semicolon? If the different parts of the same instrument ought to be so expounded, as to give meaning to every part which will bear it, shall one part of the same sentence be excluded altogether from a share in the meaning; and shall the more doubtful and indefinite terms be retained in their full extent, and the clear and precise expressions be denied any signification whatsoever? For what purpose could the enumeration of particular powers be inserted, if these and all others were meant to be included in the preceding general power? Nothing is more natural nor common than first to use a general phrase, and then to explain and qualify it by a recital of particulars.

And then for good measure, there’s this question, which is now more stupidly relevant than ever:

what would have been thought of that assembly, if, attaching themselves to these general expressions, and disregarding the specifications which ascertain and limit their import, they had exercised an unlimited power of providing for the common defense and general welfare?

In other words, why in the name of all that is holy would we throw off such Government and provide new Guards for their future security AND THEN GIVE THEM THE SAME ABSOLUTE POWER THEY ESCAPED?  Forgive the yelling, but COME ON.

When it’s all said and done, the General Welfare clause, according to the guy who wrote it, is explained and enumerated in the same sentence it appears in.  It’s separated by a freaking semicolon, Madison says, so finish reading the damn sentence:

To borrow money on the credit of the United States; To regulate Commerce with foreign Nations, and among the several States, and with the Indian Tribes;

To establish an uniform Rule of Naturalization, and uniform Laws on the subject of Bankruptcies throughout the United States;

To coin Money, regulate the Value thereof, and of foreign Coin, and fix the Standard of Weights and Measures;

To provide for the Punishment of counterfeiting the Securities and current Coin of the United States;

To promote the Progress of Science and useful Arts, by securing for limited Times to Authors and Inventors the exclusive Right to their respective Writings and Discoveries;

To constitute Tribunals inferior to the supreme Court;

To define and punish Piracies and Felonies committed on the high Seas, and Offenses against the Law of Nations;

To declare War, grant Letters of Marque and Reprisal, and make Rules concerning Captures on Land and Water;

To raise and support Armies, but no Appropriation of Money to that Use shall be for a longer Term than two Years;

To provide and maintain a Navy;

To make Rules for the Government and Regulation of the land and naval Forces;

To provide for calling forth the Militia to execute the Laws of the Union, suppress Insurrections and repel Invasions;

To provide for organizing, arming, and disciplining the Militia, and for governing such Part of them as may be employed in the Service of the United States, reserving to the States respectively, the Appointment of the Officers, and the Authority of training the Militia according to the discipline prescribed by Congress;

To exercise exclusive Legislation in all Cases whatsoever, over such District (not exceeding ten Miles square) as may, by Cession of particular States, and the acceptance of Congress, become the Seat of the Government of the United States, and to exercise like Authority over all Places purchased by the Consent of the Legislature of the State in which the Same shall be, for the Erection of Forts, Magazines, Arsenals, dock-Yards, and other needful Buildings; And

To make all Laws which shall be necessary and proper for carrying into Execution the foregoing Powers, and all other Powers vested by this Constitution in the Government of the United States, or in any Department or Officer thereof.

Which part of the general welfare clause, Jack M. Balkin, J.D., Ph.D., is easily satisfied by the individual mandate?  Which part of the actual words of the constitution give you unlimited power to do whatever you want?